Founded in 1945 by Giuseppe Ostuni, Oluce is the oldest Italian design company still operating in the lighting world, a unique production excellence that translates passionate aesthetic and technological research into the potential of light into actual form. Over the years, Oluce has succeeded in building a collection structured like a tale, rich and multifaceted, inhabited by products that transcend fashion to become Italian design icons.

The 1970s saw the beginning of a new and highly important era for Oluce, which coincided with the transfer of ownership from Giuseppe Ostuni to the Verderi family, and was marked by the influential figure of one of the great Italian modernist design masters: Vico Magistretti. 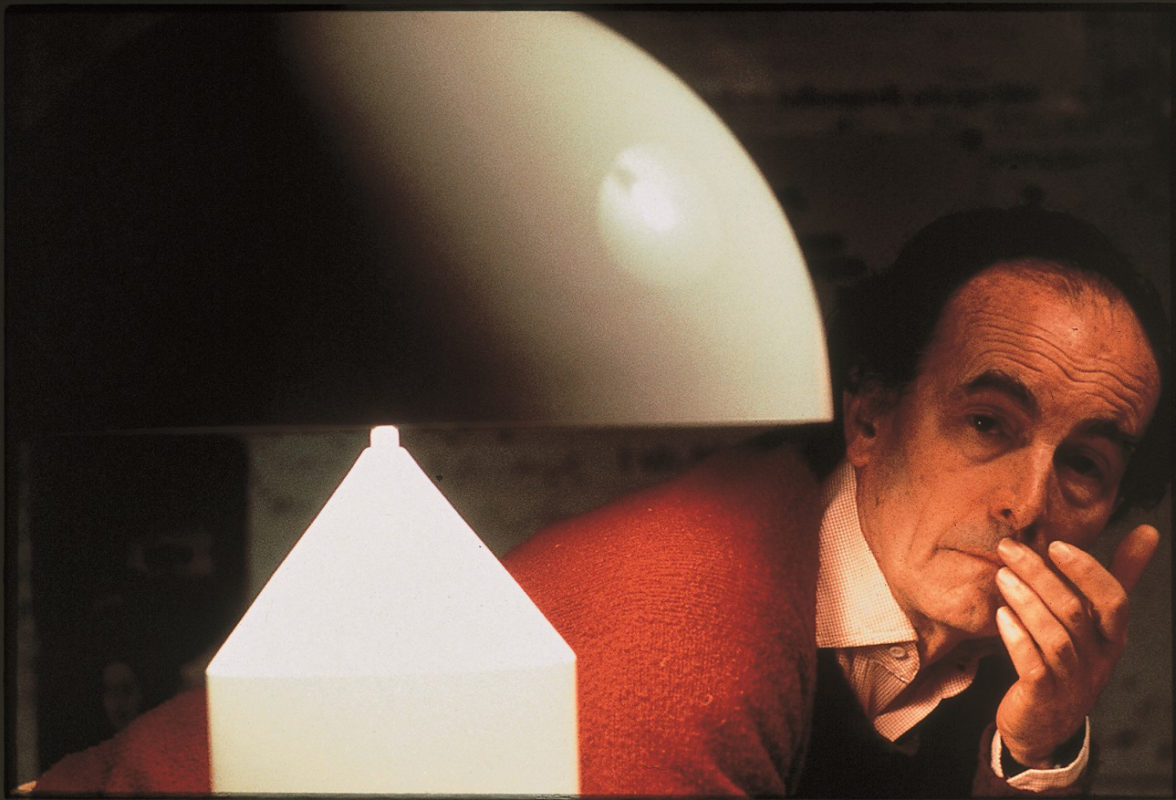 Vico Magistretti was born on 6 October, 1920 in Milan, Italy. During the second world war, he left Italy during his military service and moved to Switzerland where he met his mentor: architect Ernesto Nathan Rogers.

According to The Guardian, “Rogers, whose humanist ideas for the reconstruction of postwar Italy inspired a whole series of intellectuals. At that time Magistretti took part in work on the extraordinary experimental neighbourhood on the edge of Milan known as QT8, where a group of architects and planners were given complete freedom. Magistretti built its “poetic” round church.”

Magistretti filled the role of Oluce’s art director and leading designer, leaving his unmistakable mark on the same as well as a legacy of worldwide recognition. 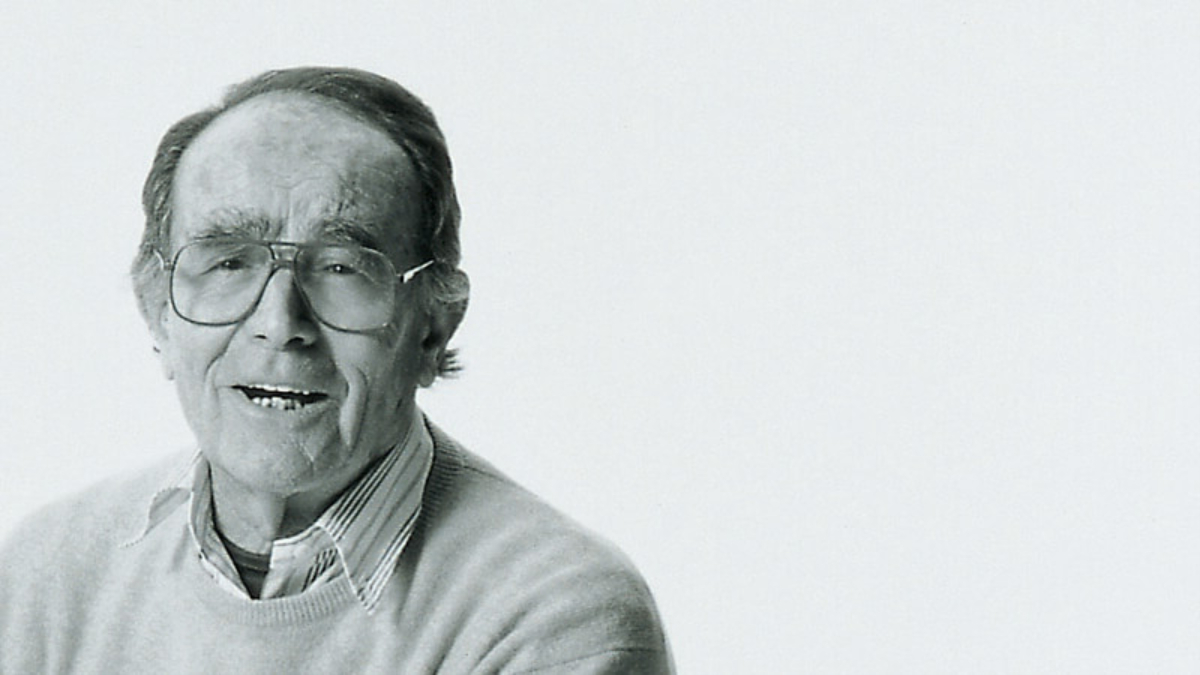 The late Magistretti was referred to as one of the founding fathers of Italian design for his sleek, contemporary designs.

Vico Magistretti, in his career, has won the Compasso D’Oro three times: the first in 1967 with the Eclisse lamp by Artemide, the second in 1979 with the Maralunga sofa by Cassina, and the third, in the same year, for the Oluce Atollo lamp.

Since its design in 1977, the Atollo lamp has revolutionised the template, even the archetype of the table lamp.  It’s all due to its geometric silhouette – a shape that effectively sums up Magistretti’s approach to design: simplistic excellence.

Atollo since took its place in the permanent collections of the world’s leading design and decorative art museums, such as the Museum of Modern Art in New York City, becoming so much more than just a lamp: an icon. 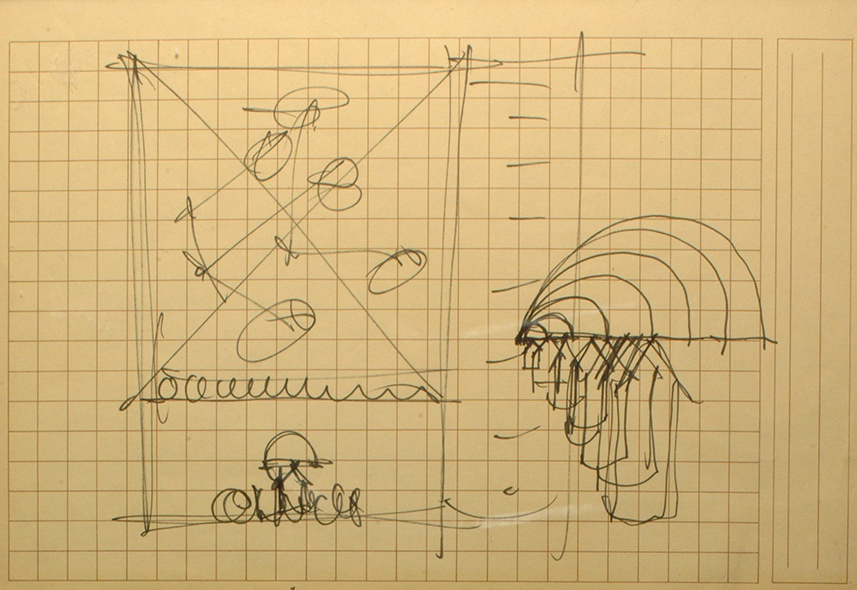 “Simplicity is the most difficult thing in the world”
_Vico Magistretti

The design approach transformed the vision of the traditional table lamp into a sculptural focal point: functional, decorative, and abstract. However, Atollo’s secret lies in its geometric construction. It’s a luminous sculpture from which nothing can be removed or added. 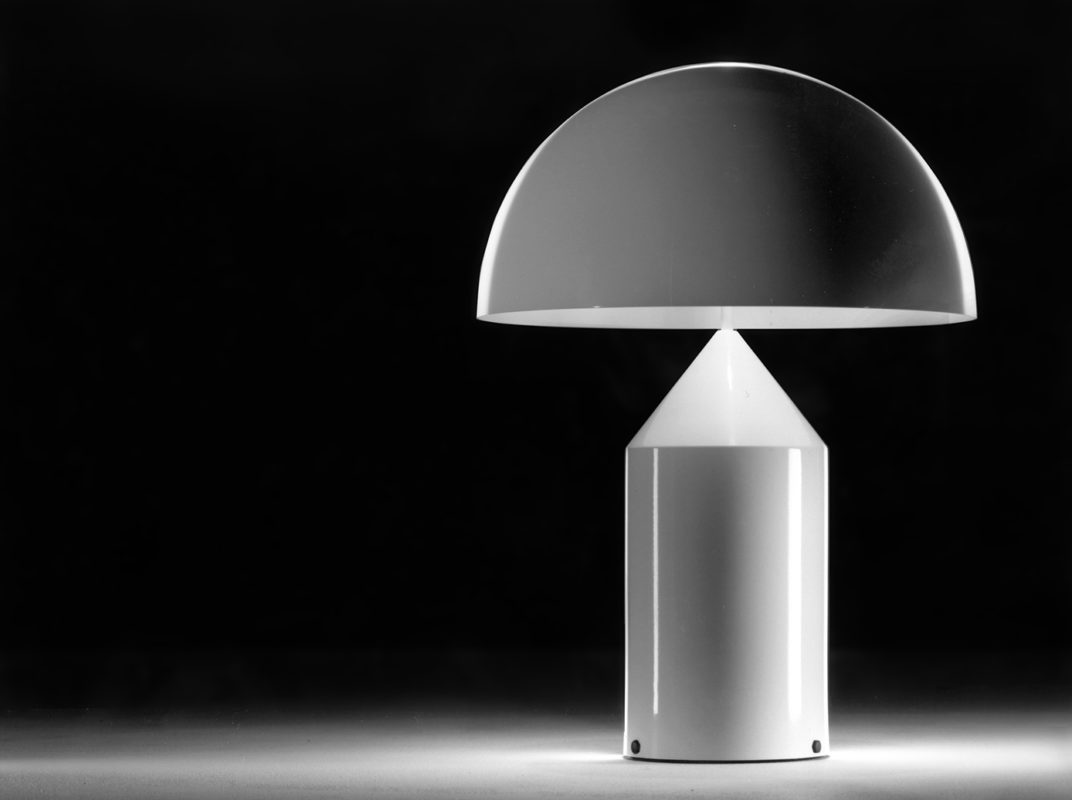 It is composed of a cylindrical base, cone, and hemispheric shade, creating a timeless composition that remains as relevant as it was in 1977. The interplay of the light, which is concealed beneath the cap, leaves the latter in the shade on the outside. While it lights up brightly both the inside and upper conical element of the base from which the vertical cylinder emerges.

This creates both direct and indirect light. Which reflects around the surroundings with various degrees of intensity. The bearing structure and cap are connected by a very thin attachment. It makes the cap look almost as if it is suspended in the air. 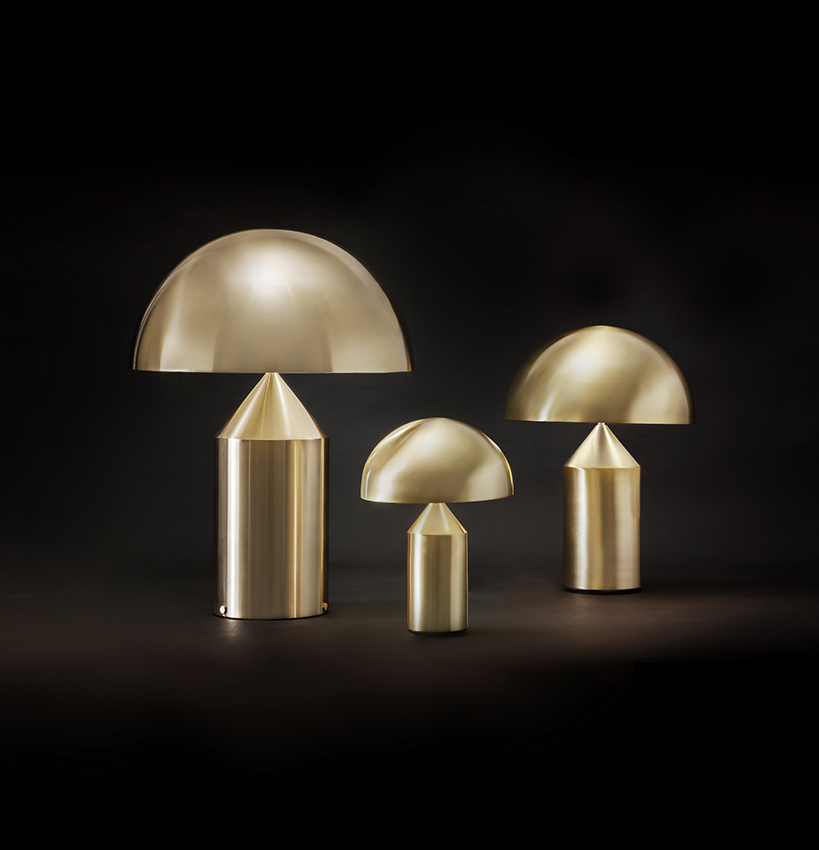