The current four companies have developed an expansive synergy in regards to technology, research, and the development of new products in response to changes in the home and in the workplace. Today, Molteni is an example of entrepreneurial excellence and guarantees a complete production cycle.

Since 1934, when the artisan furniture-making company has been set up by Angelo and Giuseppina Molteni, quality has been the fil rouge which, for three generations, has united the development of a Group that ranks among the world’s leaders in the furnishing and design sector, flag-bearers for products Made in Italy in more than 80 countries. Past and future, research and tradition. All in the name of quality living. 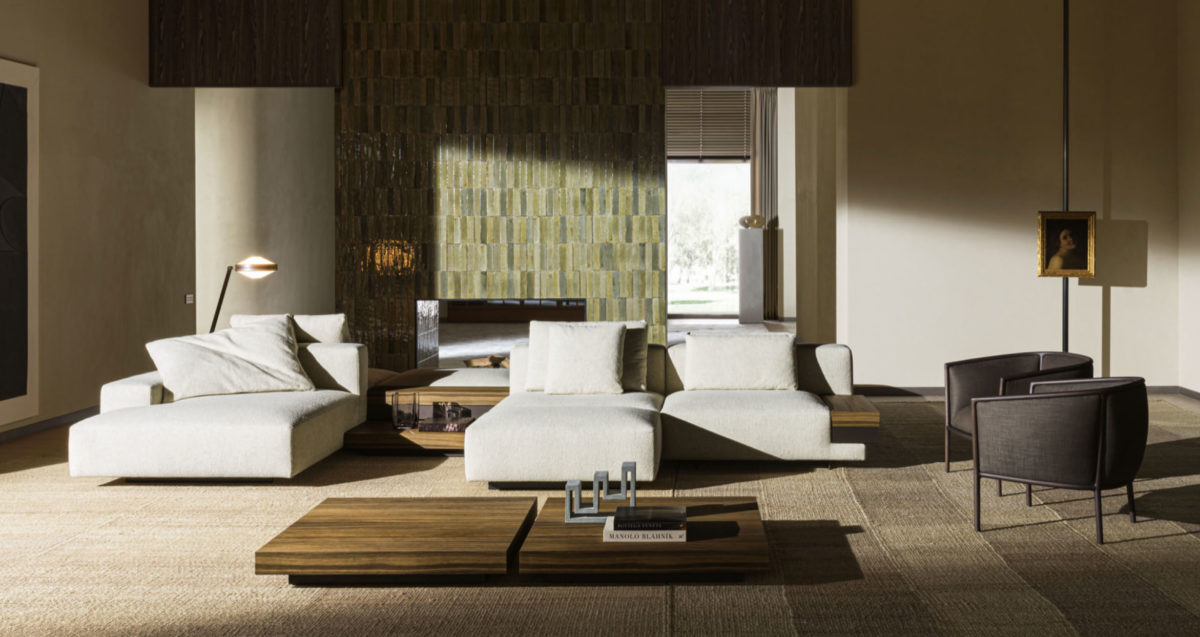 The Molteni&C|Dada style has always been regarded as the protagonist of the world of architecture. The 2021 narrative project, designed by their creative director Vincent Van Duysen, is intended as a tribute to two great protagonists of one of the most creative seasons of Italian architecture and design. Two figures who were simultaneously, but with their own independent languages, interpreters of the Modern Movement that started with the revolution of Rationalism: Ignazio Gardella and Carlo Scarpa.

Gardella was born in Milan in 1905 and Scarpa in Venice in 1906. Together they tackled common themes in designing both public and private architecture, exhibitions and museums, always with special attention to detail and demonstrating their ability to control design from the scale of architecture to the most sophisticated details and furnishings.

Both of them were able to look at the housing project as a complex issue, where all parts must communicate and be coherent with each other. Their language of shapes, rules, details, material and colour palettes, represents the resource we identified to pay tribute to the great teachings they left with their works.